Digital vs. Analog Scales: Which is Better for Precise Measurement? 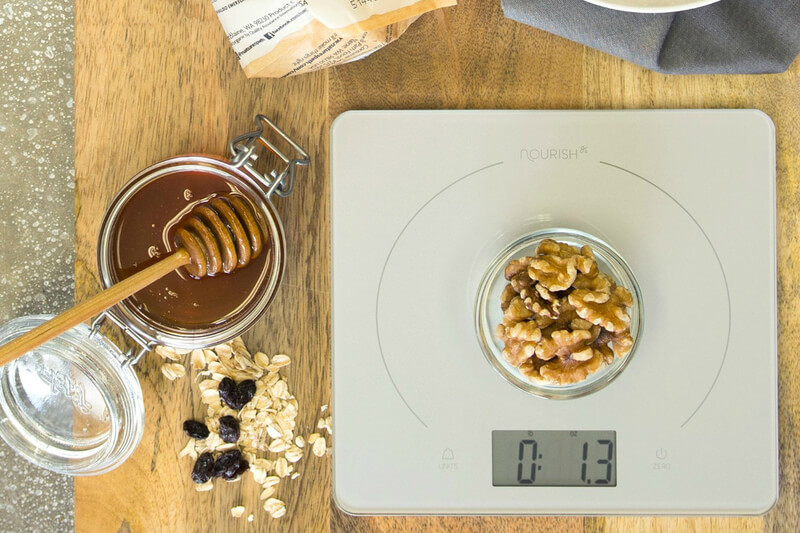 Whether you’re weighing out ingredients for your newly found recipe, weighing the control substance for your master’s thesis, or simply weighing yourself, one thing is certain; you’re going to have to use a scale – preferably, one that will give you an accurate measurement.

There are two main categories of scales, analog and digital, and there is extremely hot debate on whether one is better than the other.

When it comes to measurement, you have the option of going the traditional way using plates and pins, or relying on digital sensors and microchips to do the work for you, or better still, just use simple conversions and measuring guides such as quarts to ounces.

To best answer the question of which scale is better between digital vs analog, we’ll show you how each type of scale compares in a variety of different categories such as accuracy, longevity, and price, using science and real evidence to back our conclusions. However, the answer may not be as clear as you think, as there are a wide range of pros and cons to each kind of scale.

Overview of digital vs. analog technologies

Digital scales, as the name implies, measure and display the weight of an object electronically, through the use of digital sensors that individually measure the pressure applied to them (by a load being placed on the top plate) and basically running an internal calculation to give you a weight.

Digital scales often have extra features that can quickly take it from extremely affordable to pricey.

Analog scales, in comparison to their more high-tech counterparts (digital scales), are constructed via series of springs. When pressure is placed on these springs via the top platform, the mechanism causes a dial to spin and show the weight.

Most analog scales are at the lower end of the overall price range for scales, but some medical-grade scales can be a bit pricey.

Arguably the most heated debate of digital vs analog scales is which style is more accurate.

To help set the record straight, we turned to a study on BioMed Central.

As far as accuracy goes, digital scales have proven themselves so far to be more accurate than analog scales.

Regardless, we still encourage you to test your own scale for yourself. To do this, you can simply just use a dumbbell or other small weights (which you absolutely know the weight of beforehand). These are a perfect way for measuring accuracy, whether you have a small kitchen scale or a bathroom scale you step on every morning.

If you’re shopping around for a bathroom scale as weight loss encouragement, the extra decimal places past the tenth likely won’t serve you any good (except as extra motivation, perhaps). But, if you’re taking scientific measurements or weighing your latest catch on the lake, you’ll likely need those decimals and more.

The precision of a scale is to what degree the weight can be measured. In simpler words, if there’s an object that weighs 2.22555lbs, the scale that shows “2.2255” is more precise than the scale that simply shows “2.23”.

Digital scales almost always have the upper hand in precision, and the analog scales that are more precise are often tricky or time consuming to read, resulting in a small margin of user error.

Although digital scales are generally more precise in their measurements and can give you more information (we’ll get more into this in the next section), most of them will not last as long as any given analog scale.

There are digital scales that can be calibrated, but they are few and far between (and, for the most part, more expensive).

When it comes to durability and how long a scale lasts, analog scales are more durable and lasts longer than digital scales.

Digital scales use sensors which get worn out and desensitized with time. The most obvious reason why analog scales last longer is because they can be calibrated. Let’s break that down a little.

The fact that you can “tune up” and ensure the accuracy of an analog scale as time goes on certainly adds to their value, whereas a digital scale with dulled sensors will simply have to be replaced.

As we briefly mentioned in the overview, both types of scales have a pretty wide price range, with analog scales generally being at the lower end. In plain words, Analog scales are generally cheaper than digital scales.

The biggest reason for the higher price tag on digital scales is because they receive their data electronically (since they generally operate electronically), and can have many more features than analog scales.

While the basic function of a scale is to measure weight, some high-end digital scales now also show you your heart rate, your Body Mass Index, your rough body composition, and more. Whether you want these extras or not is up to you, but the models that have all these bells and whistles usually come with a more robust price tag.

The extra features are where digital scales really shine. Analog scales don’t usually offer any additional functionality other than basic weight measurement, but digital scales offer a whole lot of them.

If you’re taking measurements of food or objects, many higher-end models have memory storage where they can store information to be recalled at a later date (which can be handy for recalling recipes).

If your scale is primarily for measuring your own weight, many digital scales also offer Body Mass Index and several body composition measurements to help paint a more accurate and complete picture of where you’re at in terms of physical fitness.

So, digital vs analog scales – who wins?

Well, that depends on you. For the most part, digital scales are the better option for accuracy and functionality. If you’re looking for a scale that offers absolute precision, an easy-to-read screen, and maybe a few extra measurement features, go digital!

However, analog scales are typically cheaper and can last longer (compared to equally-basic digital scales, not higher-end ones that can be calibrated). If you’d rather have a scale that’s accurate for the most part, affordable, and will last for the next 20 years, analog is the answer.

Truth be told, we’d personally go for digital scales in just about every scenario, whether for personal weight measurement or some other type of weighing need. We enjoy the extra features, and we’d rather pay a slightly higher price to guarantee accuracy.

However, if you’re still on the fence between each type, we’d recommend writing down exactly what you’re looking for in a scale and then choosing a style based off those requirements.