How Many Ounces in a Quart? Quart (qt) to oz Conversion and Precise Measuring Guide 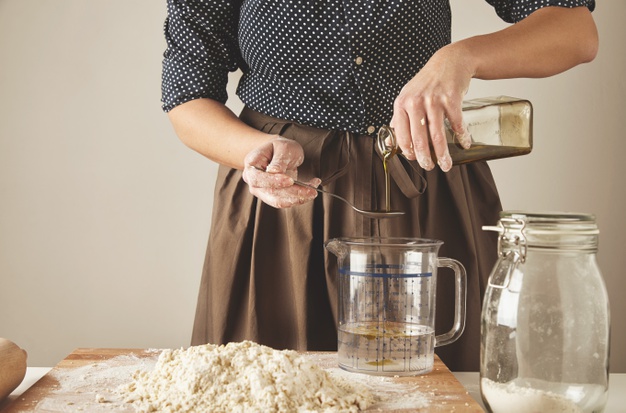 Cooking, to others might appear simple, but as a certified chef or cook, you need to be precise and, in most cases, perfect in cooking. To do that, you have to know your recipe and get your measurements correct, or in most cases, have an idea on metrics conversion.

While getting your measurements correct might seem easy at surface level, the case is not usually the same when you have a different measuring tool that’s different from what a particular recipe or cookbook instructs, probably due to geographic location or country measurement system. In such scenario, how do you get the right measurement for your unique recipe?

How Many Ounces are in a Quart?

Let’s break that down:

NOTE: A fluid ounce is not the same as an ounce for weight. When discussing a fluid ounce, do not confuse it with an ounce that measures weight.

Let’s break that down a bit.

If you find that confusing, we have further detailed the whole conversion process in the most understandable way for even a beginner. At the end of this guide, you’ll be well equipped with the right Quart to Fluids Ounce conversion knowledge and be able to answer how many ounces in a quart at any given time.

To help you understand how to convert ounces, first, let’s take a look at what these conversion terms are and how they differ.

An ounce is a unit of measurement used in the Imperial system, mostly used in the United States. Ounces in general, can be used to measure either liquid or dried goods.

What is a Fluid Ounce (fl oz)?

The symbol for fluid ounce is “fl oz”

DID YOU KNOW? The word “ounce” was derived from the Latin word “uncia”. Uncia was a measuring unit that equaled one-twelfth of Libra or the Roman pound.

The ounce remains a standard unit in the United States, while the United Kingdom stopped using it as a legal unit of measure in 2000. Many British people still use it in everyday life on an informal basis.

A quart represented as (qt) (quarter of a gallon), is a measuring unit used in the Imperial system and United States to measure liquids and dried goods. It is a term used to tell how much a particular liquid weigh.

Today, we have the metric system which is mostly used around the world, the Imperial system and the U.S. system of measurements.

How the Metric System of Measurement Differs

When there were still a few countries that used the Imperial system, the United States created their measuring system, referring to it as the “U.S. system”. This system only used one set of units for fluids and one set for dried goods.

The Imperial system, universally referred to as the British Imperial system even though the United Kingdom uses the metric system now, is almost exactly the same as the U.S. system but varies slightly in amounts.

How to convert fluid ounces to quarts?

Common conversions from US fluid ounces to quarts (qts) are:

How to convert from US quarts to fluid ounces?

1 quart is equal to 32 fluid ounces (oz).
To convert quarts to fluid ounces, multiply the quart value by 32.

Conversions from US liquid quarts (qt) to US fluid ounces (fl oz):

How Many Fluid Ounces In 2 Quarts?

There are 64 fluid ounces in 2 quarts.

To arrive at an accurate answer and measurement of how many Fluid Ounces In 2 Quarts, do note that your result will vary, depending on the ingredient you are measuring. Your measurement will depend mostly on the density of the fluid.

Considering how many fluids ounce in a quart, the result will be exactly: 64 Fluid Ounce = 2 Fluid Quarts.

What about pints, cups, and gallons? How many ounces are there in them?

Having known that one quart is equal to 32 fluid ounces, how do we convert a quart into pints, cups, or gallons?

To know how many ounces are there in a pint, cup, and gallon, it is crucial we first understand what these things are and how they are measured. After which, I will provide you with the math that will enable you to a simple conversion and calculate how many tablespoons in an ounce and all.

How Many Pints in a Quart?

How Many Cups in a Pint?

How many quarts are in a gallon?

For more values or other unit’s conversion see the Calculateme metrics calculator.

Cooking is a form of science that also follows due procedures. The reason many foodies love foods food prepared by a Chef is because a good chef accurately measures the ingredients and how many ounces in a quart is required.

As an already established chef, a home cook or an aspiring chef, just as knowing common culinary terms is crucial, accurate measurement of ingredients is something to take seriously, because, if something goes wrong in the accuracy of the ingredients, then the recipe will likely be destroyed.

A good way to learn and master ingredient measurements is to practice often. Once you begin practicing often, you will know the precise amount of ingredients to use in making your favorite recipe, and even inventing new one yourself.